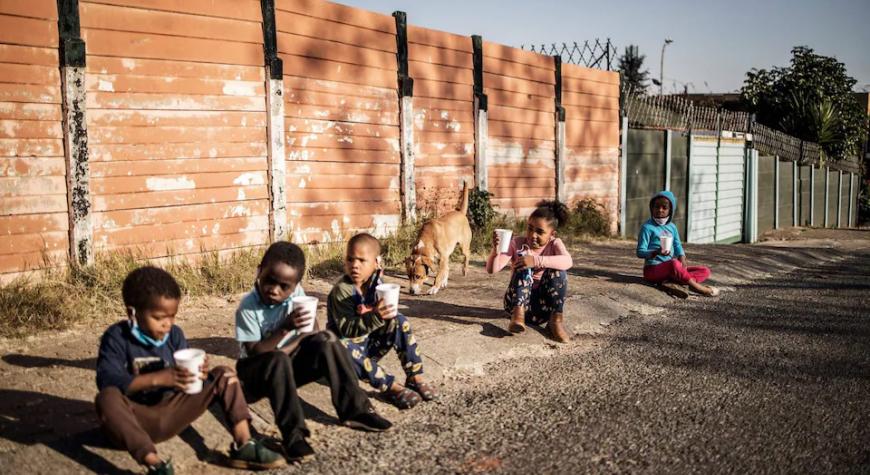 The Covid-19 pandemic has created the conditions for a food crisis like no other, doubling the number of hungry and poor worldwide, and leaving 265 million people on the edge of survival.

On the one hand, the world has shown it has learned some of the lessons of previous shocks and emergencies to maintain global food supplies. On the other, the pandemic has exposed the devastating failure of local food systems, forcing farmers to dump millions of litres of milk and leave produce rotting in fields because of movement and labour restrictions.

To finally chart the course towards ending famine, hunger and malnutrition – and all the ills they bring – at the 2021 UN Food Systems Summit this September, countries must commit to three shifts: a change in mindset, dedicated funding and support on the ground.

In our time leading two of the UN’s food-related agencies, we have witnessed the green shoots of healthier, more robust food systems, but we have also witnessed devastating setbacks.

A decade ago, the Horn of Africa was facing a famine that risked spiralling into a widespread humanitarian disaster.

The situation, like many food crises before it, arose from the impact of climate change, bringing the worst drought in 60 years. An already extreme and dire situation was then compounded by conflict, rising food prices and civil unrest.

The international community could not prevent more than 250,000 people from succumbing to the most tragic effects of our collective shortcomings.

But the twin-track response adopted by the UN was unprecedented, inspiring a step change in the way the world approached food crises and uniting multiple agencies to address the short-term needs, while also rebuilding long-term food security.

Such global coordination and cooperation has been on show during the pandemic, in which there was near wholesale international agreement not to impose restrictions on food exports and imports.

The lessons of the 2007-2008 food price hike were fresh enough in living and institutional memory to convince almost every country of the need to prop up the global commodity trade.

Instead, the pandemic has led to local failings, from movement restrictions forcing food trucks to deliver in blistering heat during the day to the farmers unable to visit their fields, hitting millions of smallholders hardest.

Future food crises can only be prevented by breaking the cycle of vulnerability. The entire global development community must at once address the humanitarian needs of those most impacted by climate change and shocks while also investing in the food system changes needed to create resilience. This will not happen with another declaration or communique.

Ending global hunger once and for all starts with action driven by a shift in national mindset in every country around the world.

Rural economic development and food security depend on a successful agri-food system from farm to fork.

The importance of creating sustainable food systems must be accepted and prioritised by national governments. Success will then require actionable national plans and policies with specific food system goals that also complement climate targets.

Meeting these targets – for food systems and climate action - requires committed financing. Farmers across the globe will confirm that food system change, especially at farm level, takes many seasons’ time.

When new crises or shocks arise, member states tend to shift resources to emergency areas. But, as we have seen first-hand, for the world’s most vulnerable smallholder farmers, the difference longer term invested dollars can make to a family is incredible.

Finally, financial investment must be channelled and fulfilled through science-based programs on the ground that deliver life-changing and life-saving innovations to the most remote and rural people.

The UN’s three food agencies – IFAD, WFP and FAO – have demonstrated the effectiveness of coordinated action not just in tackling hunger, but in addressing all 17 Sustainable Development Goals (SDGs) during their united response to numerous food crises across the globe.

The pandemic has made the UN Food Systems Summit all the more relevant and necessary. The Summit, embedded with the principles of fundamental human rights, offers a real chance to support the critical players at every stage of the food system. It is an opportunity to strike new partnerships and agree upon new initiatives that will deliver national and international security, climate action and greater equality through food and economic security.

Existing UN infrastructure provides the scaffolding for achieving these ambitious Summit outcomes for accelerated progress on development through food systems.

However, the policy framework must be completed and embraced by national governments and the private sector as well as humanitarian, development and research organisations such as CGIAR.

The Summit offers the platform to secure the final and most crucial components: international consensus and commitment to action.