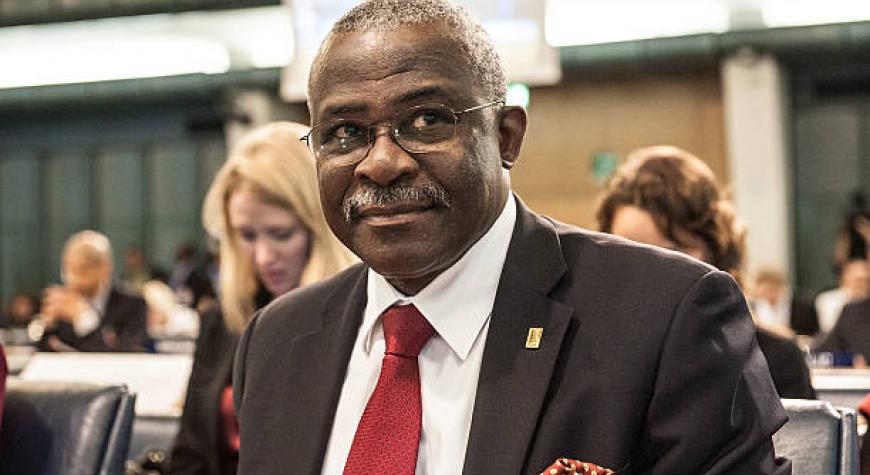 Opening the door to youth employment is a priority for Kanayo F. Nwanze, the FAO Special Goodwill Ambassador for Zero Hunger for the Africa Region. Nwanze trained as an agricultural research scientist and served as President of FAO’s sister UN agency, the International Fund for Agricultural Development, from 2009 to 2017.

In 2016, Nwanze won the Africa Food Prize for his contributions to agriculture, sustainable food security and economic opportunity. He used the money he received to start the Facility for Youth Development (FAYODE) in his native Nigeria.

“With a little bit of money, with a few resources, you can transform rural communities.”

The idea is to provide small grants and business training and build a model for success that can be replicated in rural communities elsewhere.

“FAYODE does not intend to transform millions of young populations but to target a handful of energetic, ambitious young women and men in rural areas so that they can demonstrate that they do not need to migrate to urban areas or to try to find their way to Europe.”

Nwanze says capacity-building should be a key component of any youth employment initiative.

“Whatever you are doing that is an attempt to generate wealth, to make money, is a business, so you have to have a business mentality. It can be a cassava-planting machine, it can be a machine to grind and sort rice, it can be a young woman who wants to start a hairdressing salon in the village.”

A key part of Nwanze’s role as an FAO Zero-Hunger ambassador is advocacy, giving speeches otherwise taking part in events like the African Union Summit in Addis Ababa (January), and the 30th Session of the FAO Regional Conference for Africa in Khartoum (February).

“We have to have government and policy-makers voice their support for Zero Hunger but also demonstrate it with the right policies, with the right opportunities, creating the right environment, to support rural populations.”