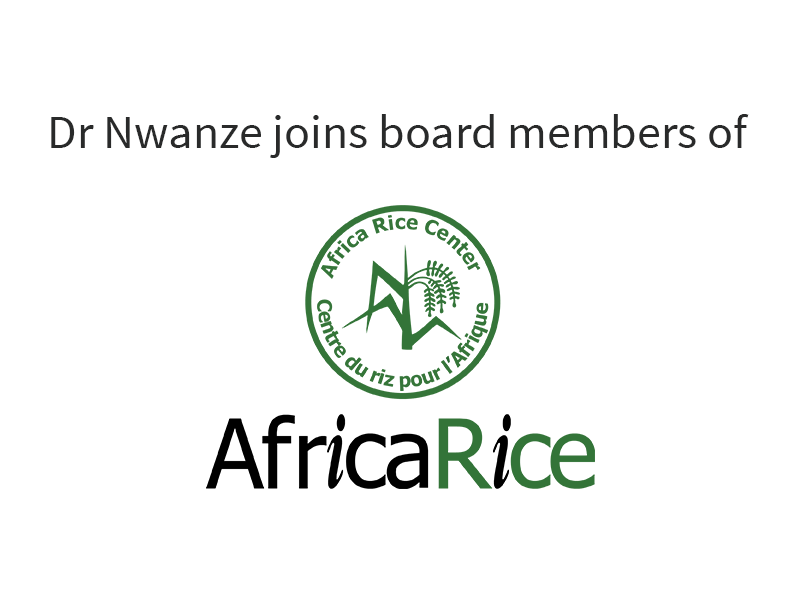 We are pleased to announce that our Chairman & Chief Executive (CCE) Dr. Kanayo F. Nwanze has joined the Board of Trustees of the AfricaRice Center https://www.africarice.org/board-of-trustees effective September 2020 and was later appointed as Board Vice Chair in April 2021. The AfricaRice Center is an intergovernmental autonomous research institution and also a part of the global research partnership for a food-secure future. Currently headquartered in Abidjan, Cote de Ivoire, the Center is a member of the Consultative Group for International Agricultural Research (CGIAR), and Dr. Nwanze served as its Director General from 1996-2006 overseeing the research that led to the development and release of the New Rice for Africa (NERICA) varieties.