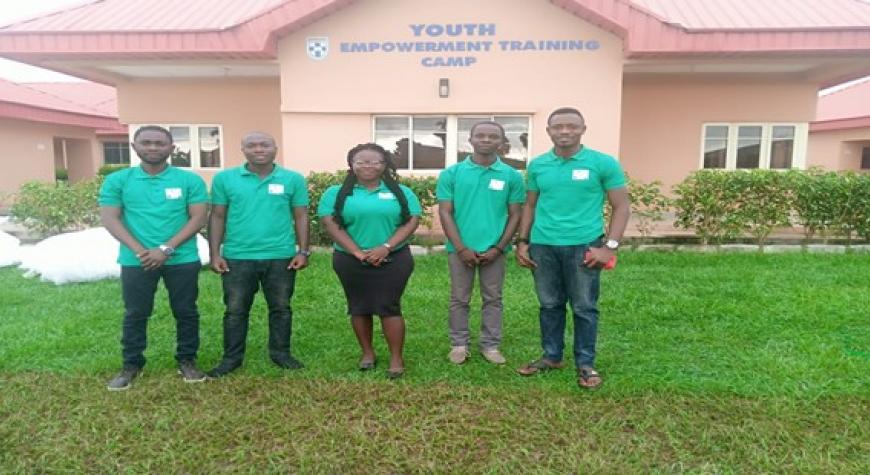 FAYODE collaborated with YEASA on this project in the areas of identification, selection and screening of some potential trainees who later on participated in the hybrid program – both online and physical hands-on training. Upon the completion of the online trainings, successful trainees who excelled later participated in the physical hands-on training coordinated by other collaborating institutions in the selected categories. Thereafter, the trainees submitted a bankable [Agri]business proposal. This formed the basis for evaluation to identify those with prospects of business success. Successful trainees were awarded grants of both cash and equipment. FAYODE and YEASA teams are diligently following up on the beneficiaries to ensure judicious use of their grants and to provide other needed support should the need arise.

Further consultations are currently ongoing for the extension/expansion of the project.

“I will like to appreciate FAYODE/YEASA for the opportunity to be a part of the Africa Rice Value Addition training program. It's a rare privilege to be a part of the training and be exposed to the diverse business opportunities in rice flour with various value additions. Before the training, I only knew about the traditional ways of cooking and eating rice. Never did I know that I could do much more with rice like making rice milk, coconut biscuit, cake, shortbread, etc. I learned various ways of generating income using rice flour and I will be taking advantage of the same”.  Shoga Rebecca

“ This YEASA training has been a huge success on my part, it has also been an eye opener for me on some neglected areas of fish farming that have been silent yet it can be a source of revenue if it's followed hard. This program has given me the privilege of acquiring  a new skill to explore  in order to gain financial freedom and most importantly an additional stream of income. I also want to use this medium to say a big thanks to FAYODE, to have graced me with this opportunity of a lifetime. I have acquired a lot” Irinyemi Foluso