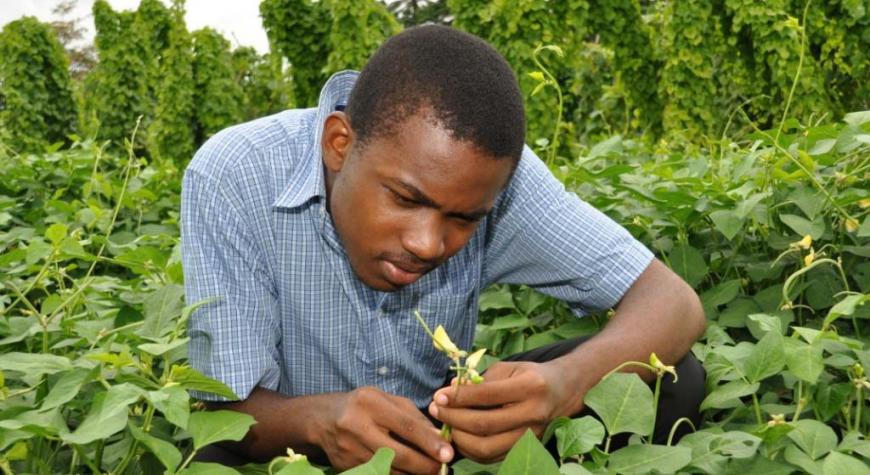 Often cited as Africa’s greatest asset, its youth are also among the most vulnerable and volatile.

A large and growing population of talented young people has the potential to drive economic growth and well-being of societies across the continent but, as the African Development Bank warns, current conditions of severe unemployment are translating into poorer living conditions, higher flows of migration, and greater risks of conflict – in short, a social disaster in the making.

Africa’s population of 420 million or so young people aged 15 to 35 is expected to nearly double by 2050. But while 10 to 12 million more enter the workforce each year, only just over 3 million new jobs are being created.

At present two-thirds of non-student youth are defined as unemployed, underemployed, discouraged, or marginally employed. Moreover, unemployment cuts across different social categories: educated and less so, female and male, rural and urban.

The COVID-19 pandemic is also fuelling unemployment in the hardest hit sectors such as tourism and hospitality, retail and trade and agriculture, particularly in Southern Africa, the region with the highest jobless rates.

Under the Bank’s Jobs for Youth in Africa investment plan launched in 2016, agriculture – including on-farm production and off-farm processing – is targeted to create 41 million jobs over 10 years. Even taking into account that smallholder farmers make up more than 60 percent of the population in sub-Saharan Africa, this is an ambitious target that calls for effective and comprehensive policies in contrast to the piecemeal measures of the past.

While young people commonly bring their enthusiasm, energy, and ambition as well as greater capacity and knowledge in IT systems than the older generation, they however, face enormous obstacles in starting careers in agribusiness, lacking resources of land, capital, assets and access to financial opportunities. Young women are often more disadvantaged than young men.

In the months before the coronavirus surfaced, the non-profit International Institute of Tropical Agriculture (IITA) launched a three-year project in sub-Saharan Africa that aims to build our understanding of poverty reduction, employment impact, and factors influencing youth engagement in agribusiness, and rural farm and non-farm economies.

From Benin, Rodrigue Kaki investigated what motivates agribusiness entrepreneurship among graduates from faculties and universities of agriculture. Finding that few students can opt for self-employment in agribusiness, he recommends start-them-early programs (STEP) in post-secondary education with actions that incentivize students towards self-employment, such as setting up agribusiness entrepreneurship clubs in agricultural faculties and universities.

Motivation was also a theme for Cynthia Mkong researching university students who choose agriculture in Cameroon. Among her findings is the need for a change in mindsets, starting at school where educators and mentors should highlight positive trends and emerging opportunities in the sector. In addition, building and implementing effective policies to improve education levels for girls and household income at all levels would help revamp declining youth interest in agriculture. Her findings indicate that agriculture will rise in stature both as a field of study and occupation.

Also in Cameroon, Djomo Choumbou Raoul Fani focused his research on the contributions and competitiveness of young female grain farmers, and on rural un- and underemployment, especially among young women. Among his recommendations are the need for gender-blind policies and gender-positive information to ensure that public investment in agricultural credit, food marketing, roads, and schools be put to constructive use for young female farmers.

These few examples of policy briefs among many others produced to date illustrate how the researchers, with young female professionals well represented, are ready to challenge assumptions and stereotypes to show the way forward. In its report IFAD (https://www.ifad.org/en/youth) also emphasized that shaping the rural economies of tomorrow should involve the youths to succeed.

With the youngest and fastest-growing population in the world, Africa’s still overwhelmingly rural communities will continue to grow, even as cities do. IITA’s drive to enhance the perception of agribusiness will enable young people to see a future there. The CARE project is already yielding the evidence-based research needed by African communities to build food security and resilience. Policymakers cannot operate in a vacuum. Youth engagement is key.