ICERIA 2019: A further call to action 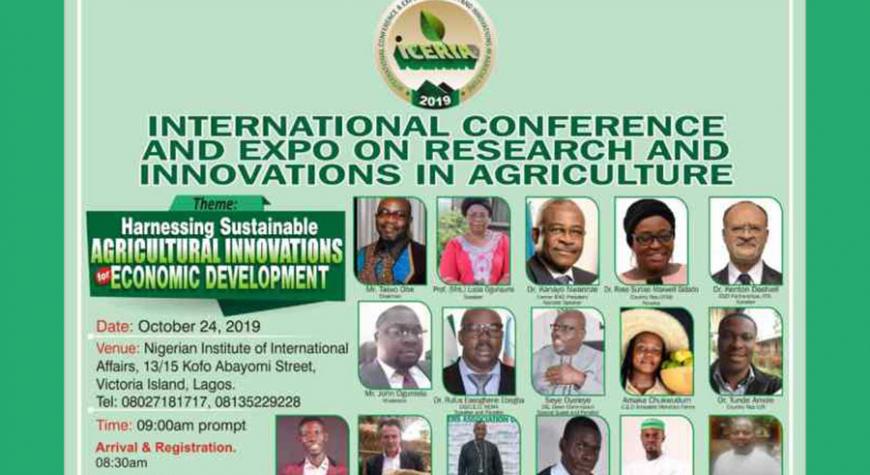 At the recently concluded International Conference and Expo on Research and Innovation in Agriculture (ICERIA) 2019, the Chairman and Chief Executive of FAYODE – Dr. Kanayo F. Nwanze was present as the keynote speaker. The event which was organized by Agrobusiness Times – an agriculture news agency was held at the National Institute of International Affairs (NIIA) Lagos.

With the presence of several media houses, the event presented an opportunity for the Chairman to advocate for increased government investment in agriculture. In his remarks, the Chairman noted that “no nation was ever able to transform into an industrial economy without first experiencing an agrarian transformation. It is thus imperative for our governments both at the Federal and State levels to give priority attention to the agricultural sector”. We also call upon the private sector to be the main drivers for the transformation of agriculture and for which government must put in place enabling and consistent policies in support of agribusiness.

A message to the next generation: This is your opportunity. Make sure your voices are heard.
3 Sep, 2020
Stop waiting to get back to normal: We need to build back better – and this starts with transforming food systems
4 Jul, 2020
Kanayo Nwanze to bring voice of One CGIAR to UN Food Systems Summit
21 Apr, 2020
FAYODE extends hands of kindness to the first female grantee of the Facility
23 Nov, 2018
FAYODE explore areas of partnership with IITA
11 Oct, 2018