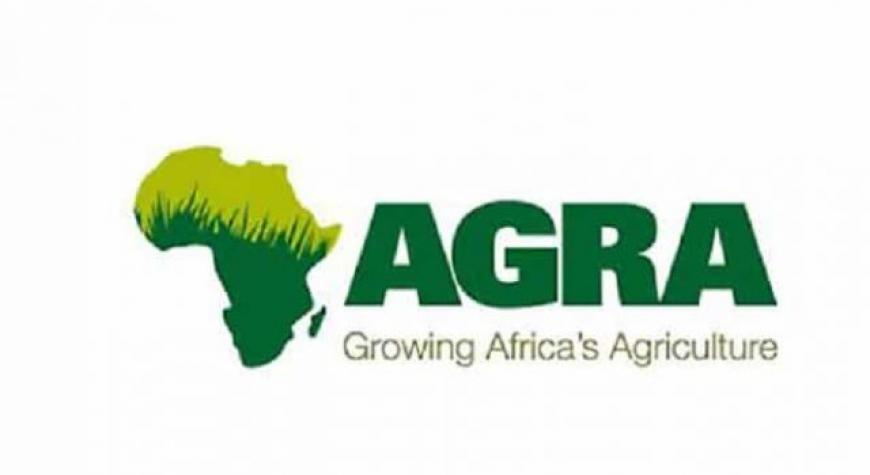 At the end of this month, March 2021, I took a bow and ended my term on the Alliance for a Green Revolution in Africa (AGRA) Board after 4 years of serving. AGRA is a unique African institution that is catalyzing and driving Inclusive Agricultural Transformation (IAT) on the Continent. I have served with visionary women and men who have demonstrated that transformational change in and for Africa is possible and can be realized in our lifetime.

In the Democratic Republic of the Congo, in the Sahel, and coastal West Africa, I worked within national research systems or was closely associated with them, and foreign technical advisers were always present from as far back as the 1970s to today, within the national research institutes or in relevant Ministries.

I experienced a sense of disappointment and shame. So, when the late Kofi Annan, former UN Secretary-General, called for a Uniquely African Green Revolution and set out to seek funding to create an African organization that would provide technological and advisory support to African countries with African expertise, it was music to my ears. I saw this as not only an opportunity but a major step towards creating an Africa-based and African-led institution for African farmers – an opportunity for many young Africans to contribute to the transformation of their own agrarian systems.

For me, the vision and mission of AGRA gave me hope and when the opportunity came in the second half of the 2000s, first as Vice President and then as President of IFAD, to work very closely with AGRA, within months I was in discussion with the then AGRA Vice President, Dr. Akinwumi A. Adesina, now President of the African Development Bank, to develop an AGRA-IFAD Partnership Agreement. The rest is history. Dr. Agnes Kalibata, President of AGRA, has taken that partnership to a much higher and strategic level. When thereafter I was approached by the AGRA Board to join as an independent board member, not only did I accept, but I also was on my flight to London for my first Board meeting on 5th April 2017, just days after my retirement from IFAD on Friday 31 March 2017.

I have not only seen AGRA evolve over the years – from supporting the development of systems that are critical to private sector capacity, to delivering inputs to farmers such as improved seeds and fertilizers, and innovating new approaches to extension services,- but have also seen, perhaps, more importantly, AGRA strengthen its ability to work with governments with such success that governments themselves are seeking the attention of AGRA for support.

I am also encouraged by several policy reforms by governments, which AGRA has been instrumental in, supporting countries to formulate and implement in a relatively shorter time than it used to take with huge opportunities for cross-country learning coming in from AGRA bird’s eye view of the continent. Broad and inclusive agricultural policy reforms are foundations for agriculture transformation. I am particularly encouraged by the speed and quality of this work for which I believe AGRA should be commended.

AGRA’s initial strategic plan, focus, and priorities were directed at generating improved resilient crop varieties and hybrids adapted to the agroecological landscape of Africa. Access to good quality seed and basic inputs have been the major drawback to improvements in African agriculture.

The second area is AGRA’s contribution to the capacity building of African scientists at MSc and PhD levels. I would combine the third one to include AGRA’s role in building, working with, and supporting farmers organizations, SME, and agro-dealers, particularly in the area of making markets work for staple crops critical to how farmers access finance.

About 90% of the agri-business sector comprises of farmers who are basically smallholder “agripreneurs” living in remote rural areas and growing staple crops – only 20% of which is consumed at the farm, 80% is sold to support none producers in cities and other places, and is the main source of revenue. For these farmers/agripreneurs, IAT is most important and must be appropriately institutionalized within the government apparatus and the delivery ecosystem that must function for the farmers to grow their businesses.

I am very happy that Inclusive Agricultural Transformation is AGRA’s new mantra. Agrarian transformation is the foundation for social and economic transformation of any country. Why is this so? Look at the history of all developed countries of the world that are today described as advanced economies. Starting with Europe in the 17th and 18th centuries to Japan in the 19th Century, to China and Brazil in the 20th, they all went through an agrarian revolution that generated surpluses for the industrial sector that revolutionized their economies – from large labor-intensive rural farming populations that diversified into input-intensive, high productivity farming and off-farm economic activities, creating jobs and wealth in the process and transforming rural communities into vibrant economic towns and cities. This did not come about through the wealth generated from oil and gas. For me, rural transformation is synonymous with agrarian or inclusive agricultural transformation and surpluses from the latter fuels the industrial sector.

We thought the 21st century was going to be the century for Africa. Sixty years post-independence, we are yet to succeed in leapfrogging into an industrial age while deceiving ourselves that our problems can be solved by a digital revolution. Oil and gas do not feed hungry people neither will computers and the digital revolution alone transform rural livelihoods. They make a few people rich and the majority poorer! Food is grown on land and water, and until we see food, land and water and the environment in which they exist holistically, we will continue to export our cocoa, coffee, cotton, tea, bananas, timber etc. for processing elsewhere while spending billions to buy their value-added products as well as paying others to grow our food for us and creating more unemployment and insecurity at home!

This is the story our governments need to be told and to understand – that building and funding our own institutions in all sectors with a deep sense of ownership and responsibility is central to bringing about lasting and sustainable change and transformation – no people, no nation ever walked through such transformation on the basis of international development assistance!

AGRA should therefore capitalize on its strengths. AGRA cannot and should not be everything to everybody. For AGRA, inclusive agricultural transformation should serve to guide us into 2030 and this means inclusive – food, land, water, the environment, and people with agriculture as the glue that ensures their interlinkages. AGRA should become a “solutions” provider to its beneficiary populations – smallholder producers and SMEs, women and youth against the pandemic, climate change, for access to markets with strong policy support so that they become more resilient to shocks. The pandemic is not only a health problem, but also has generated social and economic problems, political issues, is affecting food systems and everything in our daily lives. Over the years, AGRA has developed a formidable partnership platform, the AGRF, and has forged unique partnership models with and between institutions, governments, and the private sector. This is AGRA’s greatest tool which can galvanize broad support and action towards achieving an inclusive agricultural transformation by 2030.

As I approached the last year of my first term on the Board, I did sense that a full 3-year second term was probably too much to ask for. It was time to slow down. But little did I know that even before the end of my tenure on the AGRA Board, I would work closely with President Agnes Kalibata as the Special Envoy of the Secretary-General on the UN Food Systems Summit in my capacity as the CGIAR’s Special Representative to the UNFSS. Her appointment to this role speaks loudly in her favour but also throws light on the institution she leads, i.e., AGRA.

The UNFSS is a Global Movement bringing together everybody from producers to consumers, experts, scientists, environmentalists and activists, governments, institutions, civil societies, businesses and the private sector, women, and youth. Will it be a solutions summit with actionable plans and financial commitments or simply produce another set of political declarations?

As I said earlier, I see AGRA as an Africa-based and African-led institution that puts African farmers squarely at the center of the continents’ development – an opportunity for many young Africans to contribute to the transformation of their own agrarian systems. I also said that the UNFSS throws light on AGRA. To answer this last question, we should ask ourselves “how is AGRA contributing to building back better from a food systems perspective?” The work we have done and what we do leading up to 2030; mindful of the challenge of Climate change and COVID19 since last year, will be our story!

I wish AGRA the very best and I look forward to supporting AGRA as an “elder” to achieve IAT in Africa.

Against all odds, Africa must win the war on hunger